EVVA takes the next step on their Lean journey

Difficulty collecting and sharing information within the business.

Digital boards based on Kaizen and PDCA.

Lean management is nothing new for EVVA. They started their Lean journey in 2017 and have already come a long way. But as all Lean practitioners know, Lean is not about reaching an end goal. It is a journey - a journey towards continuous improvement. Digitization became the next obvious step in their improvement work.

Before their digitization EVVA used to work with large whiteboards to plan and control the daily activities. But the analog working method had its obvious limitations.

— To begin with, we had to walk around the factory and talk to all those responsible to collect the information we needed. Then we had to print out papers and put them on the board to be able to hold a meeting, which was unnecessarily time-consuming, says EVVA's digitalization manager Dr Florian Pauker.

A daily control board is in many ways like the business's central nervous system, this is where decisions are made and tasks are delegated. So it's important that your daily huddle meetings should work as smoothly as possible. Managing your business with analog tools is like running a marathon in too small shoes - it will hold back the full potential of the business.

Since EVVA already worked with analog visual control boards, a large part of the preparatory work had already been done. They broadly knew what features they were looking for in their digital boards, PDCA and Kaizen features were high on the list.

Mevisio offers a large number of ready-made modules that are ready to be used, including PDCA and Kaizen functions. But these are only the tip of the iceberg, all boards are modifiable and new features can be added as your needs develop. Imagine that instead of starting your day by preparing your whiteboard, you just go to your Mevisio board to check live updated absence lists, KPIs improvement suggestions, results from improvement activities, and you name it. In short, all the information you need, a click away.

— In other digital solutions, these functions were often "outsourced", which was a clear disadvantage. In Mevisio, you move “cards”, which is reminiscent of an analogue board, which facilitates the transition and gives you a smooth feeling, says Florian.

Even though EVVA has not yet rolled out their new digital solution to one hundred percent across the entire organization, they can already see the fruits of their digitization work. For example, the meeting time for the "digital teams" has been shortened at the same time as the meetings are perceived as more interesting.

— Our Lean management works better, our team meetings work better and the team leader makes it easier to manage the business. In my team, for example, we have been able to go from longer weekly meetings to shorter daily team meetings, Florian emphasizes.

EVVA has previously won awards for its environmental work—2020 they won the prestigious “Green factory award”. And at the time of writing, they've just won the Lean factory award, of which Mevisio has been an obvious part. The competition takes place in a Lean network in Austria where EVVA and other companies compare their work processes.

— No other company had a solution that was as "hands on" as our Mevisio solution, says Florian.

Discover how Mevisio aligns with your business goals

Book a demo
Would you rather try out Mevisio by yourself? Request a demo account 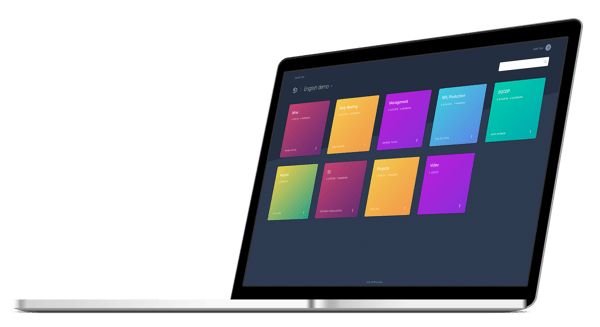